I have just returned from a long weekend in Copenhagen.  While there, I finished my latest cardigan.  I was going to show it to you today.  But then my friend Erun wore this: 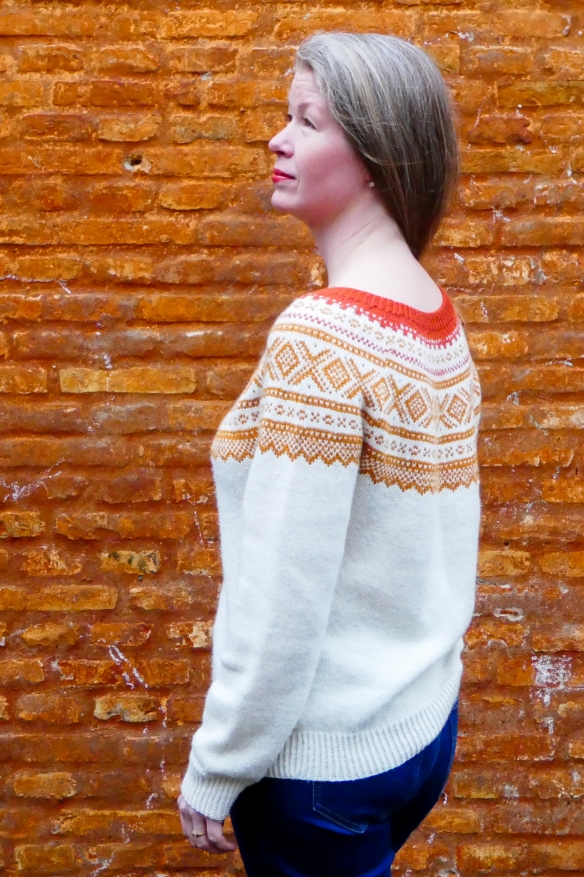 Erun’s mother, Liv, is a knitter.  (I have written about Liv in this post, which tells the tale of how she located a Norwegian knitting pattern book for me, and how it made its way from Norway to the UK via Singapore.)  During the weekend, Erun and I were discussing the iconic Marius sweater, a staple of Norwegian knitting and style. (Estimates are that over 5 million copies of Marius or Marius-inspired patterns have been sold, and at least twice that many commercially knitted Marius sweaters.)  Marius is usually knit in shades of red, white and blue – the colours of the Norwegian flag. Erun is a golden girl, however, and Liv knitted her one in shades of gold.

Not only is this sweater totally gorgeous, but it is knit in wool that is so soft and cozy, you would never want to take it off.  Liv even knitted a matching  winter headband: 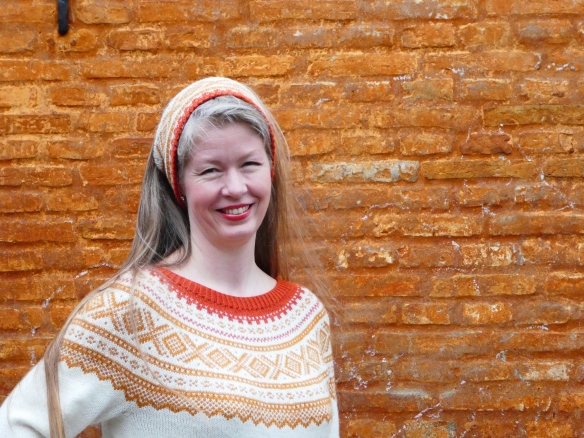 I am pretty sure that this is the loveliest Marius sweater ever knit.  Erun, you are so lucky to have a mother who knits you such beautiful things.  And Liv, how lucky you are to have such a knit-worthy daughter!