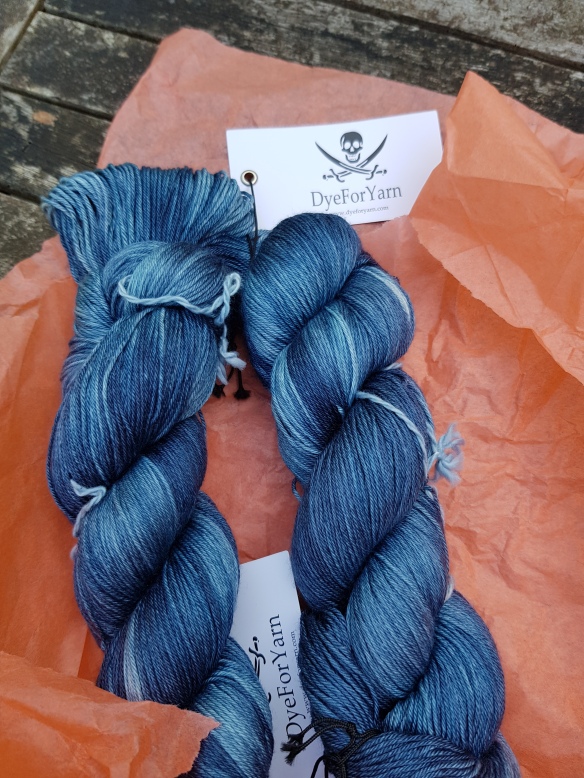 Until recently, I wound all skeins into balls by hand.  But not too long ago I bought myself a swift and winder.  I debated whether to wind this yarn by hand regardless, as it is very fine and silky.  Speed won out over good sense (I was on my way to South Africa and planned to take it with me).  This is what happened when I tried to knit, pulling the cake from the middle: 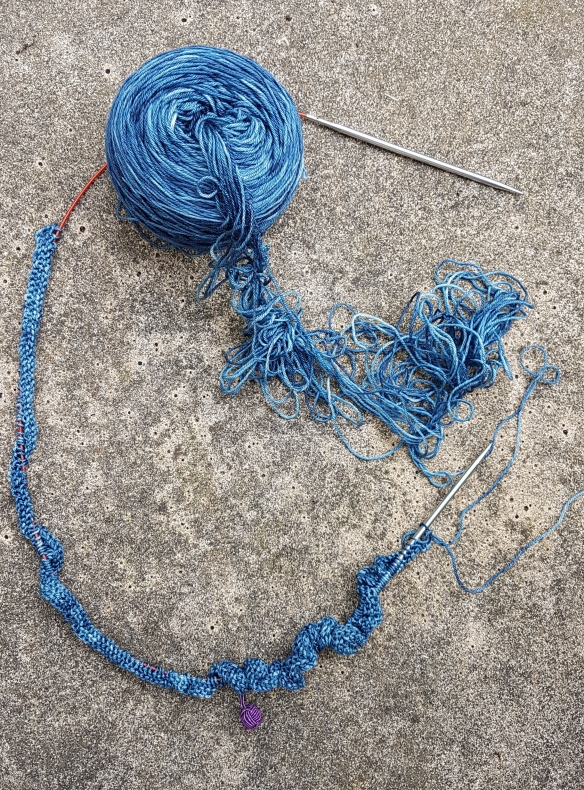 What is this, you say?  A tangle?  No problem; tangles just take patience and determination.  This one defied logic, however.  Instead of one strand of yarn emerging and knotting itself up, I had multiple strands of yarn emerging from the cake all clumped together.  Here is a closeup: 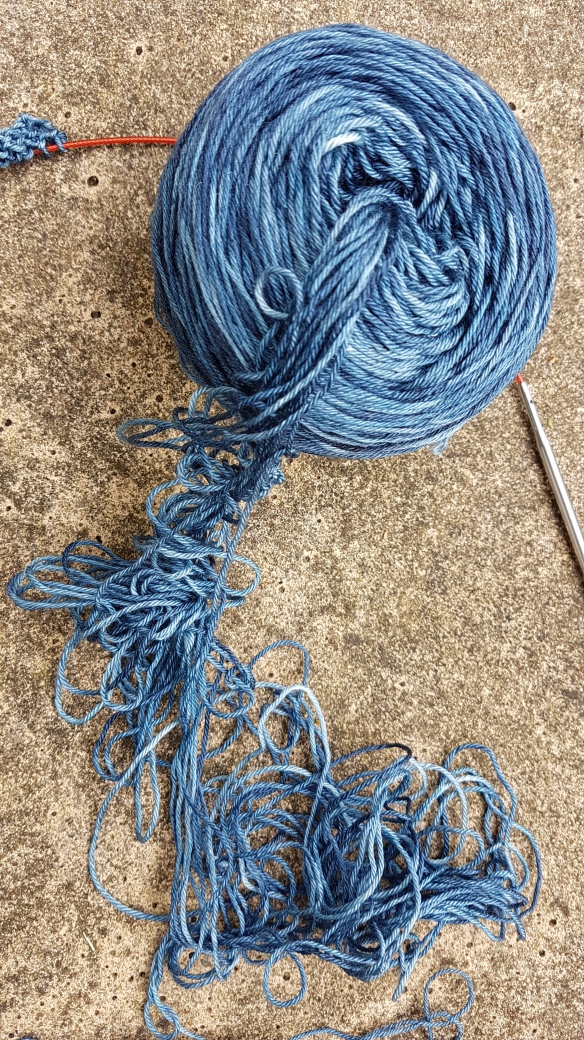 I reasoned that the solution was just to keep tugging until the knot popped free of the cake, at which point I could start a de-tangling process.  Bad idea!  This is what happened: 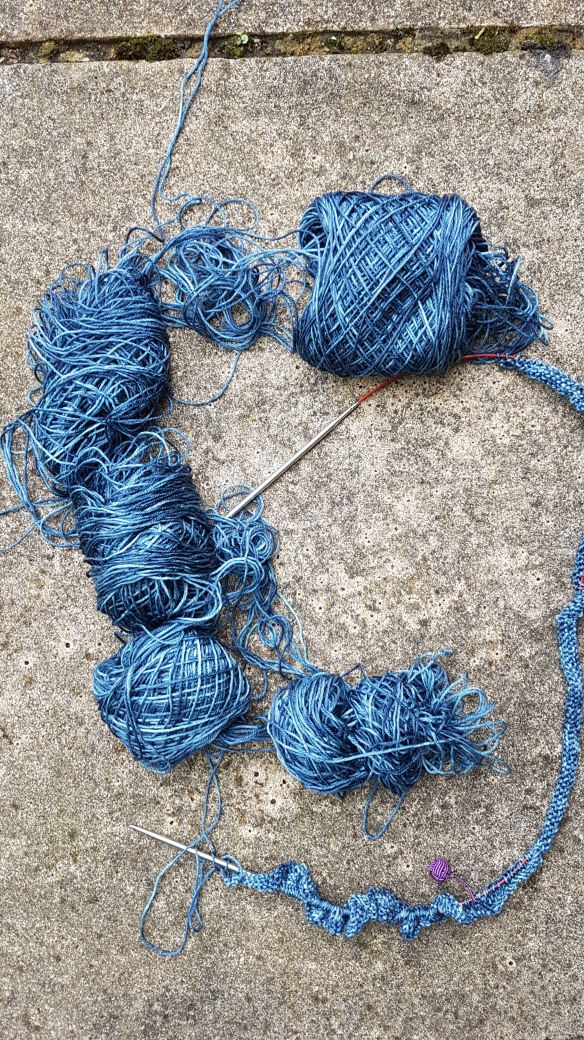 The cake of yarn kept regurgitating smaller cakes of tangled yarn until I had a string of knotted clumps one after the other like a mother duck and her ducklings.  Any reasonable person would have cut the yarn from the project, or ripped it out (I had only knit 3 or 4 rows at that point) but not I!  I patiently sat and unravelled the whole mess from the other end, winding it by hand into a ball.  It took a few hours (and a glass or two of wine).

Mission accomplished, I was then able to get underway with my new project, which by a strange coincidence began to take on the shape of a giant, tentacled mess – a knitted tangle to rival the duckling trail. 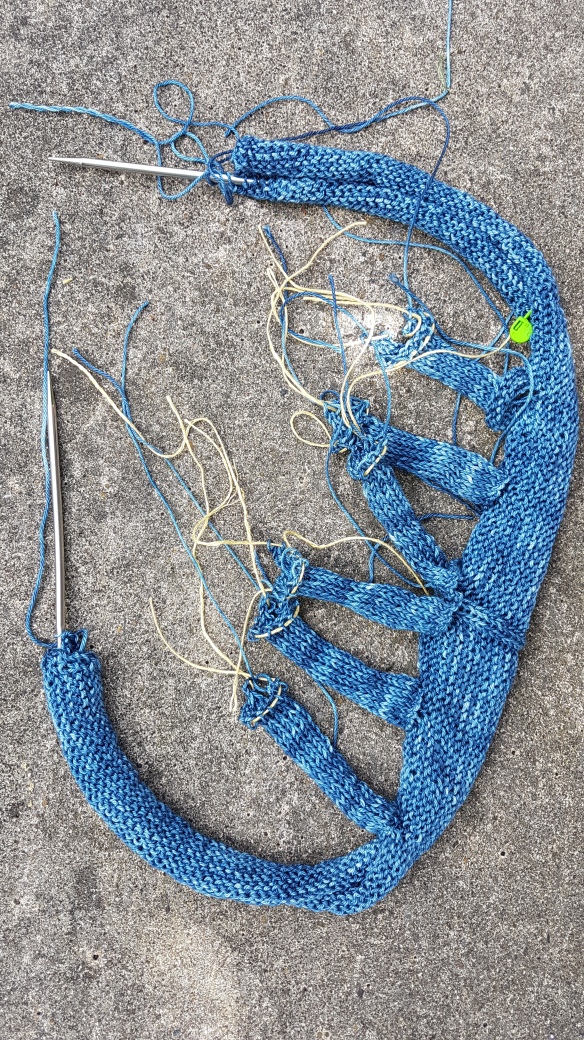 To say the least, this is an interesting project.  It now looks like this; a slightly less tangled look (but still immensely interesting): 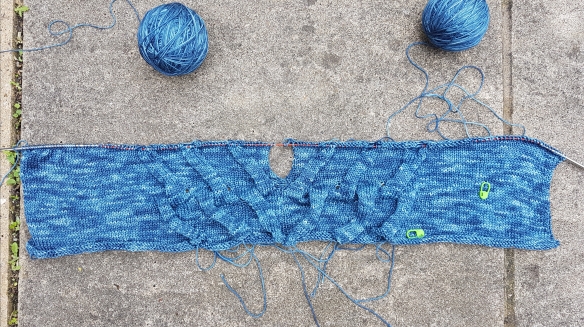 And here is a closeup: 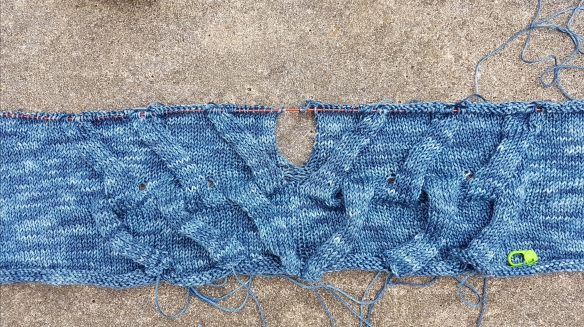 What am I making?  I leave you to wait with bated breath until the next installment of this blog.