Recently, I have been seeing lots of pom pom hats.  Each time I think “Poms poms may be cute, but they are not for me.”  I don’t remember wearing them the last time they were in vogue, and I was younger and cuter then.  But I suppose my contrary nature got the better of me, because I saw a photo on Ravelry of an un-modelled hat with pom pom, made from The Uncommon Thread Lush Worsted (one of my favorite yarns) in Cobble (one of my favorite shades) with a beautiful, soft, fluffy (and very large) alpaca pom pom.  Within minutes, I had ordered the yarn and pom pom.  How does that happen?

Regular readers of this blog will know that my first attempt at this hat was a disaster, not because of any problem with the yarn or pattern but because I wasn’t paying attention.  (A little bit of stupidity was likely in play as well.)  The pattern, designed by Wooly Wormhead, and called Skelter, is completely lovely.  The stitch pattern is beautiful, and I love the way the decreases work into the crown:

Of course, you can’t see this beauty if you have a pom pom attached, but more on that in a moment.  The problem with the first hat was caused by not doing a gauge swatch and not using a tape measure.  With the second attempt, I kept the needle size the same (US6) but increased to the largest size (my head is big, but my gauge is also slightly under, so the result fits my 21″ head perfectly without being snug).  I knit 2″ of brim and then 5 pattern repeats before starting the decreases.  The completed hat used 66 grams of yarn (only 51 in the “teeny tiny hat” – my abortive first attempt).  If you use this yarn, please note that it can stretch quite a bit when it is washed; I was very careful to push it all back into the size I wanted before drying flat.  It is a gorgeous yarn, however, and lovely to knit with.  I knit this fabulous sweater with it a few years ago.

The brim of this pattern has a notch at the back; it turns out that it is perfectly placed for ponytail wearers:

Here is a funny but true tale.  Shortly after I ordered the supplies for this hat, I was passing though the Duty Free shop at Heathrow International Airport in London.  I saw the below hat, and just had to take a photo for you.  I draw your attention not so much to the hat, but rather to the price tag: 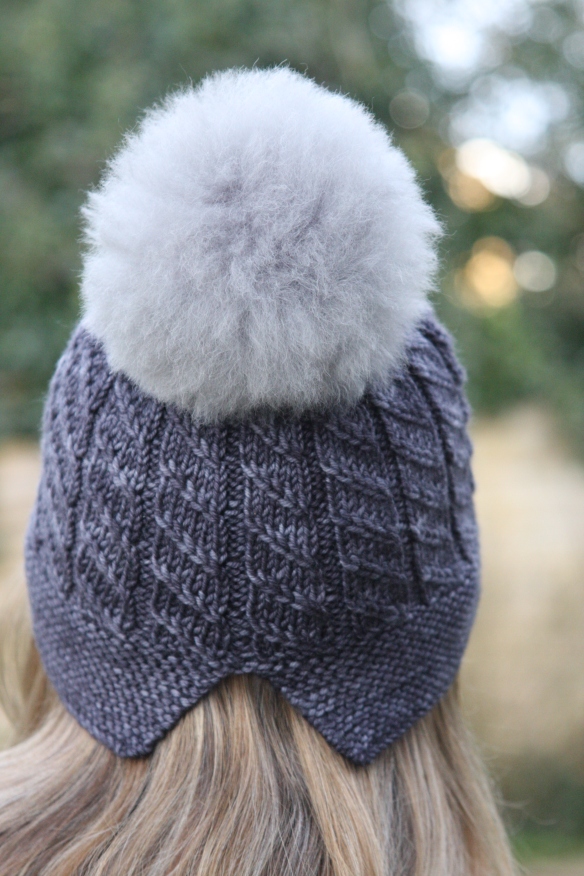 Or no pom pom? 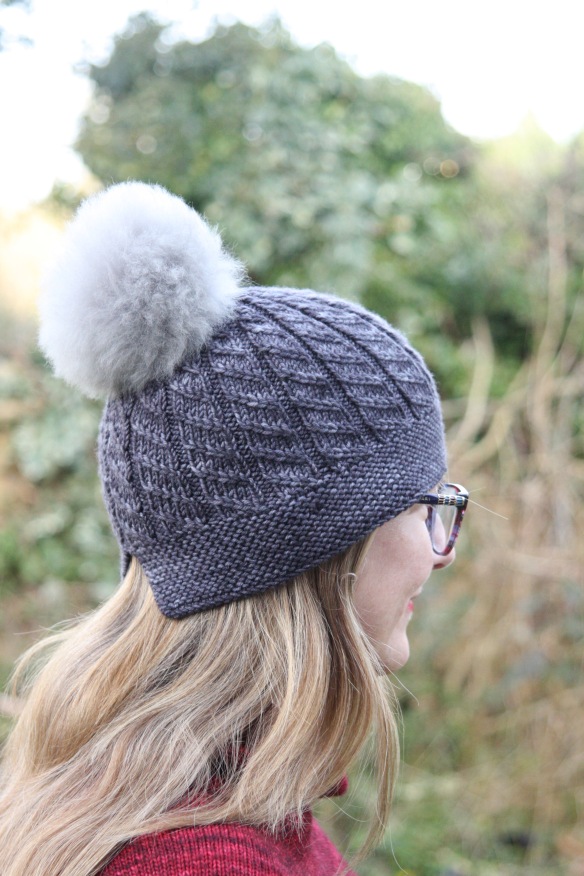 Or no pom pom?

I can’t believe I’m saying this, but the pom pom is actually starting to grow on me!

12 thoughts on “if at first you don’t succeed…”