We interrupt this programme for a special news bulletin. 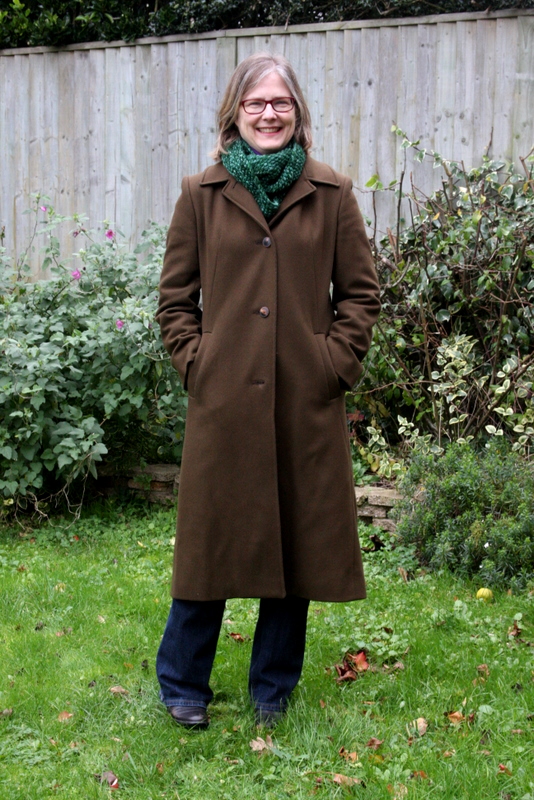 I interrupted the Peerie Flooers hat to start knitting the Brick pullover.  And then I interrupted the Brick to knit a cowl.  Why?  Because I slavishly follow trends and everyone is knitting and/or wearing a cowl?  Because it is bound to get cold anyday now?  Because Christmas is fast approaching?  Or maybe just because Malabrigo yarn is so cozy I couldn’t resist?

Two years ago I bought a sweater’s worth of Malabrigo in this luscious variegated green.  After I bought it, I came to a realization.  I love the way variegated yarn looks on the skein, but I am not a big fan of sweaters knit with them.  So, the wool has been packed away in a bag waiting for a project.  This cowl is knit with two strands held together, and is knit in seed stitch.  Both of these tend to mitigate the pooling effect of the yarn. 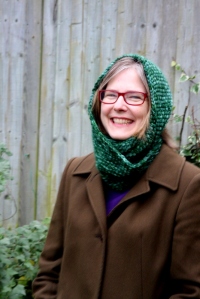 A note for my North American viewers:  Yes, I do know how to spell.  Despite being North American, I live in England now, and write for a living.  My brain doesn’t like switching back and forth between British and American spelling conventions.  So I have reluctantly conformed (except for the ‘z’ in realization).

7 thoughts on “We interrupt this programme”