Over the Christmas holidays I knit a number of cowls as Christmas gifts. (You can see them here.)  Two of them were knit from a stash of Rowan Cocoon that had been sitting around my house for years.   I knit a third Cocoon cowl while in Vancouver, for my daughter Leah, but never wrote a post about it.  This is because I finished it on the 2nd of January, just hours before hopping on a flight back to the UK.  It was dark and rainy at the time and I couldn’t get a photo.  A few weeks ago, Emma sent me some photos she had taken of Leah wearing the cowl, which means that now, in the pursuit of full disclosure, I can show them to you. 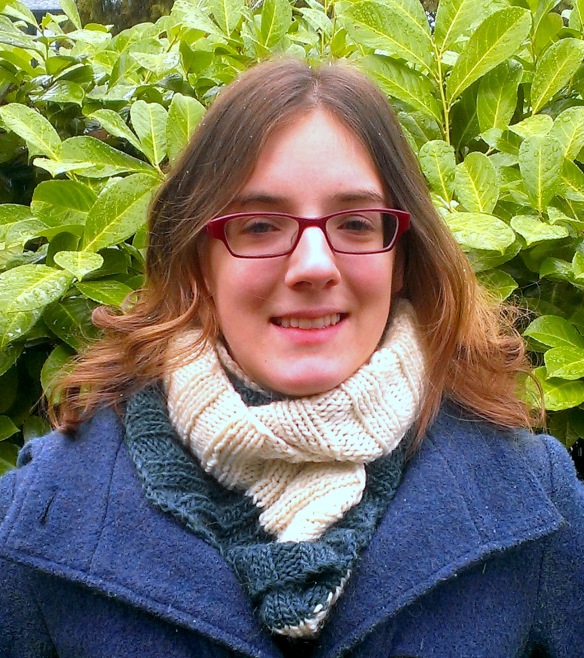 I had one skein of Cocoon in a nice cream colour and one in a teal blue.  I used a US 10.5 needle and cast on 180 stitches in the cream, joined in the round and then knit in 3×3 ribbing until I ran out of the cream yarn.  Then I switched to the blue and knit until I had enough yarn left over for the cast off.  When it is twisted and wound around the neck, the blue and cream portions flip around each other in an eye-pleasing way. 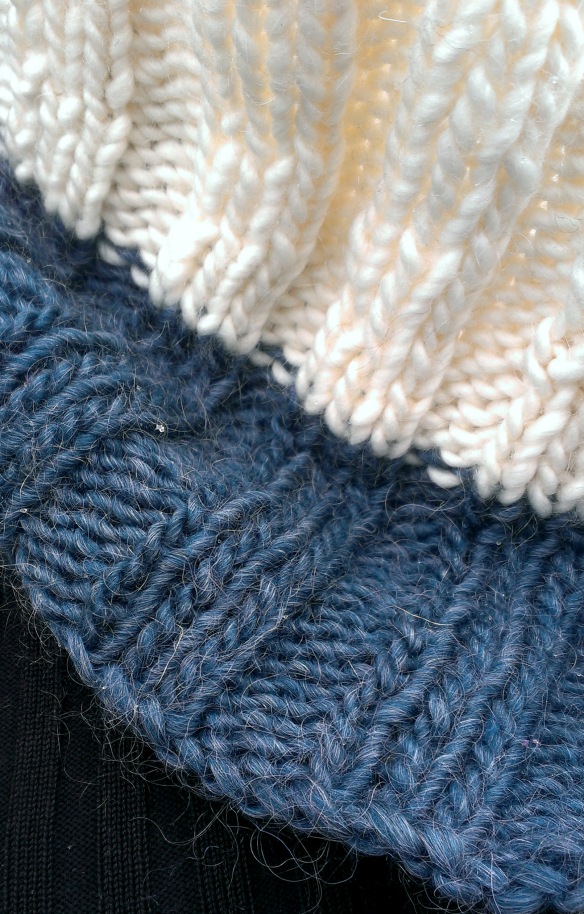 I knit this without a pattern and didn’t take any notes so I can’t even give you finished dimensions.  It literally went from my needles to Leah’s neck (it didn’t even need blocking).  It has been cold in Canada this winter, so it has received a lot of wear.  I believe it ended up about 8″ wide, and it is long enough to wrap twice around.  It is an extremely quick and mindless knit, and produces a warm and cozy cowl.

You can just make out in the above photo the hand-knit mitts that Leah is wearing (they are these ones).  What lucky daughters I have!

I am in the enviable position of having three more finished projects to show you.  Yes, you read that right – THREE projects off the needles!!!  (And if I do say so myself, they are pretty great.)  I will try to find time to get them blocked, photographed and written up as soon as possible.  But my next three posts will have finished objects in them.  Hey, this post does too!  I may set a record here!

5 thoughts on “Slipped through the cracks”